You are here: Home / About / Advisory Team / Barney Guarino 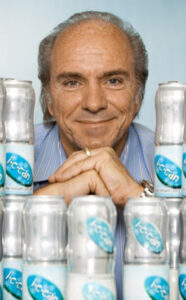 He has more than 20 years’ experience in thermal technology and was granted a patent in self-heating technology. He has been a director since the Company’s inception in 1991, served as Chief Operating Officer of Tempra Technology from 1991, President from 1994 and Chief Executive Officer and Chairman of the Board since November 1998. From 1986 to 1991, he was employed with Merrill Lynch working in various areas of finance including Investment Banking, Business Brokerage and Valuation and Venture Capital. Prior to this he worked with Shearson-Lehman Bros. and was responsible for Retail and Institutional Sales which included trading precious metals on the floor of the NY COMEX (Commodity Exchange).

Mr. Guarino’s education includes a Bachelor’s degree from St. John’s University and is a graduate of The Executive Management Program at Kellogg Northwestern Graduate School of Management specializing in creating and managing strategic alliances. In 2013, he received an Honorary Doctorate in Foodservice from the North American Association of Food Equipment Manufacturers.

Mr. Guarino has been an active member of the Research & Development Associates for Military Food & Packaging Systems (R&DA) since 1996 and in 2011 became Chairman of their Board of Directors.

Mr. Guarino is a Director of TEC International, a chief executive leadership organization. He is also a founding Board Member of 82° TECH, a regional technology association organized to form a Technology Hub in a “Research Triangle” type environment to facilitate the attraction of technology companies and skilled labor, as well as investment capital to Southwest Florida.
​
He co-founded Dileo Entertainment Group with music industry icon Frank Dileo in 2007, a diversified talent management company representing clients in all segments of the entertainment industry, which evolved into Michael Jackson’s management, including the “This Is It Tour”, which was a planned residency show of 50 concerts by Michael Jackson at the O2 Arena in London, scheduled to run from July 2009 to March 2010. Mr. Guarino is founder and co-owner of Harbor Road Records – an independent record label.

These innovations have made Tempra Technology, a venture capital enterprise, ripe for growth and development. You can anticipate an initial public offering in the near future. Partnerships and licensing opportunities are available.