You are here: Home / Projects / The Tooth Fairy Project 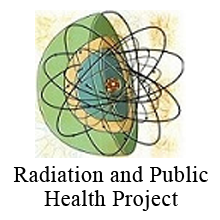 Children born in 1963 had levels of strontium 90 in their teeth 50 times higher than children born in 1950 due to large-scale atomic testing, as  results of comprehensive studies discovered in the baby teeth collected.

Those findings helped convince U.S. President John F. Kennedy to sign the Partial Nuclear Test Ban Treaty with the United Kingdom and Soviet Union, which ended the above-ground nuclear weapons testing that placed the greatest amounts of nuclear fallout into the atmosphere. We have a unique opportunity to make history again by furthering this ground-breaking research that quite literallyy changed the world once.

“This is one of the largest known collections of human samples,” says Joseph Mangano, Executive Director of the Radiation and Public Health Project (RPHP). “There are numerous ways that researchers can use these teeth,” he adds, citing environmental toxins, genetics, analyses of disease, dental research, and anthropology as examples.

The data base includes teeth from “Baby Boomers” born 1946 to 1965. About 80% of the teeth were from persons born in the St. Louis area. The remainder includes those born in each of the 50 U.S. states, plus 45 foreign countries.

Funding from the National Institutes of Health (NIH) to Harvard T.H. Chan School of Public Health in 2020 supported data entry of information on 3″ x 5″ cards on teeth and teeth donors into a computer file, making it possible to plan research studies.

The teeth were part of a 1958-1970 study by Washington University in St. Louis, which tested teeth in a lab to measure build-up of radioactivity in bodies from above-ground atomic bomb test fallout. Results helped speed passage of the treaty signed by President John F. Kennedy banning these tests. 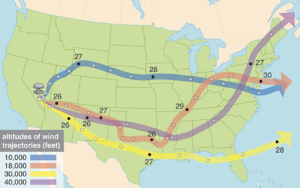 In 2001, Washington University officials found teeth not tested in the study in a remote storage area near St. Louis. The school donated the teeth to RPHP, which was conducting a study of in-body radioactivity near nuclear plants. RPHP has recently teamed with Marc Weisskopf, Cecil K. and Philip Drinker Professor of Environmental Epidemiology and Physiology at Harvard Chan School, to begin a study of early-life heavy metal exposures and their link with neurodegeneration. 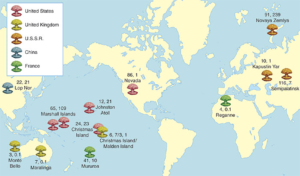 “The collection of teeth that RPHP has is a tremendous resource for health and other research,” said Dr. Weisskopf. “We are now trying to recontact the donors to explore important questions about early life influences on later life health. This is a resource that can allow for addressing such questions in many different fields.”

Our Upcoming Feature Project for RPHP

Conduct a similar study into the collected baby teeth of children living near nuclear plants.  High and rising levels of radioactive Strontium-90 were measured in nearly 5,000 baby teeth, the only study of in-body radiation levels near U.S. nuclear plants. 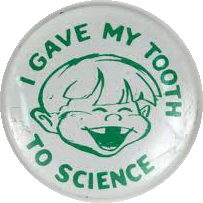