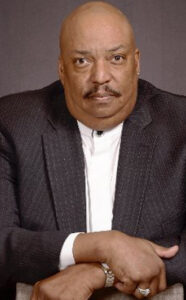 I was deployed to Enewetak Atoll Radiation Cleanup for nine months beginning in April 1979 as a Personnel Administration Specialist. My duties consisted of ensuring all administrative, personnel, and financial functions progressed smoothly for all Army personnel and selected dignitaries.  In addition, all incoming and outgoing personnel had to out-process through our headquarters office.

In addition, I was also detailed out to limited areas assisting if there was a shortage or backlog such as the laundry unit or a sporadic mail or distribution run to other offices.  As needed, I was also a driver for officers and visiting dignitaries if necessary.

My duties required me to be near all staff units along with the Battalion leadership.  Most reading material from all areas of the project was routed through our office as a reading file for the Commander often bearing security restrictions.  Urine jugs for clearance were often dropped off as well as other documents required to be accounted for before departure.

After leaving Enewetak Atoll in 1980, I continued my military service until 1989.  I returned home to Washington, DC to be stationed at Walter Reed Army Medical Center where I was discharged.  After military service, I began my civilian employment in the insurance agency as a rater.  I then accepted civilian government employment beginning with the Pennsylvania Department of Public Welfare as a casework supervisor.   While employed in the Eastern and Southeastern Regions of Pennsylvania I was responsible for researching and applying governmental policy while training subordinates and new hires in required functions of the positions.  Also, I was required to manage special clientele who were sensitive personnel requiring special attention and oversight. I collaborated and implemented outreach programs, most notably the beginning of Operation Stand Down for community veterans in need of services.  An additional duty required me to teach interviewing skills and techniques to the agency as required.  Coordinated with the community for application and disbursement of over $1 million in various funds ranging from energy assistance to other program benefits.  Coordinated foster care and adoption cases to receive Medicaid during the transition while collaborating and coordinating with various substance abuse centers in the region for medical care and food assistance.

I returned to academia to complete seven degrees.  My degrees are over three disciplines: business, psychology/social work, and theology.  This lent to my desire to step into community development and political collaboration.  I was executive director for a community development corporation in the West Philadelphia neighborhood famous for the Lex Street Massacre and the MOVE Bombing. Through the center and during the Faith Based Initiatives under President George W. Bush we were able to establish a food pantry feeding upwards of 120 families a month with a satellite office for the USDA Food Stamp (now SNAP) Program in addition to being an outreach site for those seeking substance abuse treatment.

As of the recent decade, I retired to continue my education and begin a missionary and training operation which is still functioning.  While mostly centered in the Caribbean Islands, we also assist where there is a need regardless of location.  All of this was stirred up in me by my time spent on Enewetak Atoll in the Marshall Islands; both natural and spiritual.  Therefore, I have an unexplainable bond with the people seeing it was the beginning of life for me in many ways.