You are here: Home / About / Advisory Team / Susan Musselwhite 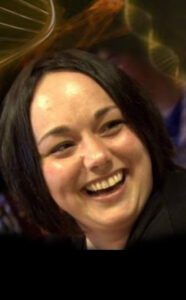 My name is Susan Musselwhite, I am a United Kingdom descendant. My Father was at the Grapple series of tests and passed away due to cancers early 2000’s.
When I was a little girl, I was such a Daddies girl and would follow in his shadow, to be honest I have followed in his shadow ever since!

So many of us are suffering and the world needs to know!  Due to my Father’s involvement with the nuclear tests my Father suffered all his life and that in turn has affected all his family. My Father could not cope and walked out on his family, he had also had a previous family that sadly broke down as well, the shadow always followed him. My Father being at the tests set the ripple motion in affect and this is where my involvement starts.

My early 30’s my health started to really fail, I had been born with health issues that didn’t really impact my life because I was used to them but my 30’s hit and life changed so so much. I had to rely on help with my care and being a very independent woman that was the hardest battle of all, asking for help. I had always been the one that helped others so being the other way around really did (and still does) come hard.

My journey into the nuclear community was very indirect. I was in bed one day and the last conversation that I had with my Father popped into my head. I remembered that he said that he had been at the tests and that he blamed them for everything that had happened. In this day and age technology is at our fingertips, I found the UK descendants group this is whereas they say the rest is history!

I soon became very outspoken within the group and join committee’s and sat on the board of the British Nuclear Test Veterans Association. My Father had sat on the board and again I felt that I was following in my Father’s shadow, this though felt right. As the years moved on, we really started to expand and now we were talking with worldwide associations, in my eyes together we are stronger and the more of us that there are we have a stronger voice. Social media is such a great tool in getting out awareness and that is what we did, veterans and descendants were finding us now all the time and this felt great but then comes their stories and that is the heart-breaking reality, we all have a story to tell.

My journey with the nuclear community continued and expanded, I left the board of trustees and with the old Chairman started LABARATS . This is home!

Sadly, my health continues to keep me on my toes and knock me over but being in this worldwide community that gives such love and support they keep me up and flying. That is what I push for, being together and supporting as no one understands outside our community.