You are here: Home / About / Advisory Team / Alan Owen 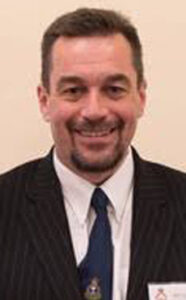 Alan is a Fellow of The British Computer Society and a Chartered IT Professional. Owns two businesses, Icaris (software development) and Icaris Sentinel (data protection services). A fellow of the Learning and Performance Institute. Currentlypursuing an MBA at University of Wales, Trinity St David. Married with one son, Joseph, 14. Alan’s father is a Nuclear Veteran, who participated at Operation Dominic on Christmas Island 1962. Unfortunately he died in 1994. Alan’s elder brother died in 1996. He has one sister.