You are here: Home / About / Advisory Team / Keith Kiefer 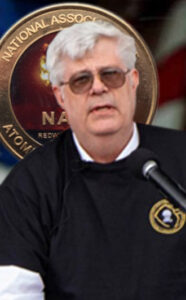 Keith Kiefer became an atomic vet after participating in nuclear test cleanup operations in the Pacific Ocean and now runs the National Association of Atomic Veterans.

In 2017, he spoke at Operation Stand Together, a May 2017 Washington, D.C. event to raise awareness of veteran illnesses resulting from hazardous exposures.