The serviceman in the video below was one of around 22,000 British service personnel who witnessed nuclear tests on mainland Australia, the Montebello Islands off Western Australia and Christmas Island in the South Pacific, during the 1950s and 60s. The men were usually issued with little, if any, protective equipment, exposing them to high levels of radiation. After the tests, they were ordered to keep quiet about the horrors they had witnessed. Many went on to suffer ill health, with an increased rate of cancers, infertility and birth defects observed in veterans and their descendants.

They, and their decedents face unique health challenges. Born in the birth of the Atomic Age, many with known and assumed genetic damage, others with just suspected medical repercussions, but most governments didn’t have tracking mechanisms in place. So as not to duplicate efforts, we understand the need to centralized resources. The need to stay informed is critical for ourselves and generations to come. As an identifiable group and we should harness this to help researchers study and inform us. This is a great place to start in the UK.

LABRATS represents all individuals across the world who have been affected by the Atomic Testing program.  We are one big family, connected together with one common bond. Our Education, Recognition and Awareness program is a new ERA for the community.

The Atomic family, includes Veterans, descendants, indigenous people and organizations that represent all aspects of the Atomic tests. Thousands of people have been affected by the tests, and there are many organizations across the world representing these people. LABRATS brings all of these organizations together in one place. We want your stories and your input for our site.

Nobody Told Us Anything 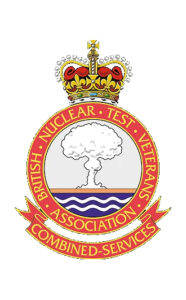 UK charity for the veterans who participated in the British Nuclear Tests. (BNTVA) was formed to campaign for recognition and restitution of our Servicemen.

It is believed just 1,500 veterans are still alive today. Many decedents deserve answers and understanding of the challenges they face.

The ex-servicemen and their families have been battling the Ministry of Defense for recompense and recognition for years. Various promises of assistance from successive governments have come to nothing.

But the last line of the new guidance delivers a kick in the teeth to every Cold War hero: ‘The policy is however, not an acknowledgement that those present at the tests were exposed to harm.’  This stance is in stark contrast to other nations which have recognized their surviving veterans.

Many Atomic GMO’s are only now learning they are facing medical and genetic fallout from their parents, or grand-parents exposure to these now-known carcinogens. The range of conditions and organs effected is growing in understanding, from blood disorders, reproductive challenges, birth defects, a variety of emerging data is revealing new information.